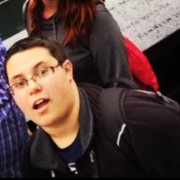 This is a sponsored post that contains affiliate links.

Writing this post was one of the hardest I’ve ever had to do.

Monday, August 4, 2014. I was at work and was happy because it was my friend’s birthday. I didn’t know that that week was going to be a shocking one.

Wednesday, August 6, 2014: two days later. I was packing a bag for a lock in at my church. I didn’t know the next few hours would forever alter my life. I was picked up by a friend and we were on our way to the church. I was so excited for the lock in. What I would find out in a few hours would make me question why bad things happen to good people.

I was at the lock-in in a group meeting when at 9:40 p.m., I got the text above. I felt my phone buzz in my pocket but patiently waited to check because I was in a meeting. When it was over, I checked my phone and saw this text.

A boy we went to school with, Noah Cornuet, was at football practice and collapsed on the football field. He died from what they later discovered was a right atrial myxoma, a rare heart tumor. He was 16. I was absolutely shocked. I couldn’t comprehend the message I just received. My best friend has just told me that someone we went to school with had died. I thought it was a dream. This had never happened before. It’s not something you think will happen at your school. There I was at a church lock in having the time of my life with a 100+ kids while another I went to school with’s life just ended. The weird thing was that a student had died during my older sister’s time in high school, Noah passed during my time in high school, and three years later, a student would pass during my younger sister’s time in high school.

It has been two years since that day and I think about him a lot; why this happened, what could’ve been done to prevent it, wishing I could go back a few years and warn him. But I know I can’t. The day I was forced to say goodbye was a hard one. I wrote this that day:

“Today is the day that I, along with many others, am forced to say goodbye to a great boy with such a big, caring heart. A boy who put others before himself. A boy who had such a bright future, but was taken from him so quickly. A man who was like a giant teddy bear. A man who had such a strong, Christian heart. I have cried with my peers and seen my teachers cry as we have faced this sudden tragedy. Today we say goodbye to Noah Cornuet. May you rest easy, buddy. I know you’re up there with the big man upstairs looking down on all of us right now. I miss you so much and I hope I get to see you again someday.”

I know I say everything happens for a reason but it’s hard to find one for this.